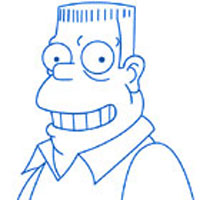 On Christmas Day, 1979, Mike received a copy of How To Draw Comics the Marvel Way. In this book, he found his passion. Mike, already holding a degree in Music, returned to Northwestern Missouri State University to obtain a degree in Art.

The early 1980’s found Mike as a Colorist in DC Comic’s New Talent Program and as a runner-up Penciller in the Marvel Comics Tryout Contest.

Mike’s first professional gig was as a Colorist for Eclipse Comics. From there, he built his career as a cartoonist, coloring for Marvel Comics, penciling for Archie Comics, inking the style guide for King Feature’s Phantom 2040, Marvel Comics Presents, and Midnight Sons Unlimited. Mike is currently helping to develop new talent in the field of cartooning.