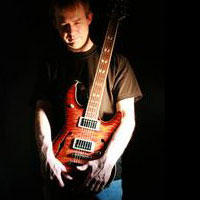 Roger Pitts is a native Kansan who attended school in the greater Kansas City area. Upon graduation from high school, Roger attended the Conservatory of Music at the University of Missouri. While studying music composition at the Conservatory, Roger was honored as a guest composer at the Mid-America Arts Alliance's Meet the Composer - The Conservatory Presents Program.

A performer as well as a composer, Roger Pitts combines elements of sound production and computer technology into musical performances geared toward educating audiences in electronic music. He has delivered state-of-the-art demonstrations for thousands of Kansas City area students, with each presentation involving a variety of musical styles.