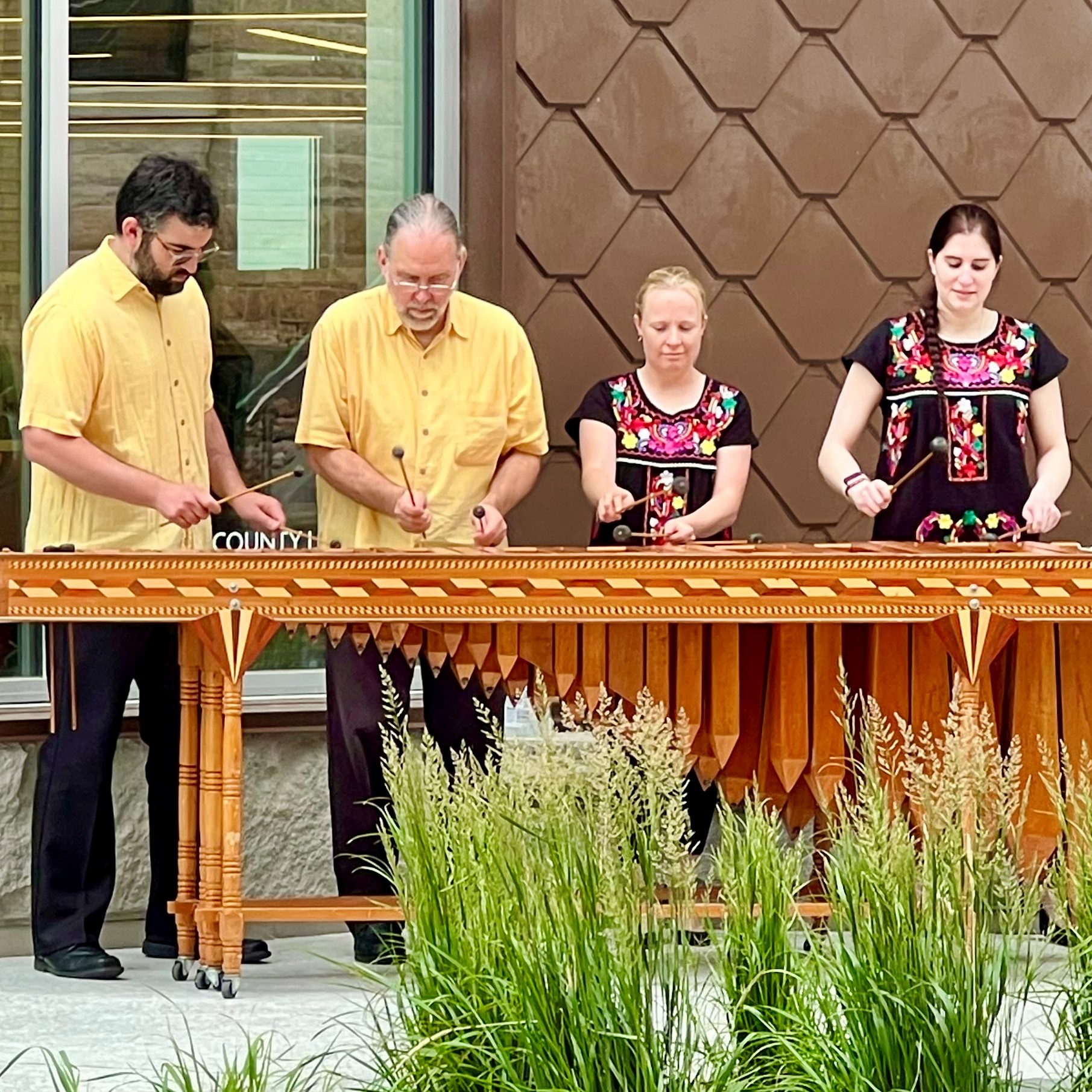 Committed to the authentic performance practice and spirit of the marimba heard throughout Mesoamerica, Marimba Sol de Chiapas has been Kansas City's own Mexican Marimba Ensemble since 1991, maintaining an active schedule of performances, recordings, and multicultural in-school presentations and workshops.

John Currey, Director of Marimba Sol de Chiapas and a 2009 Winner of the Lighton Prize for Teaching Artist Excellence as a member of Tri-Percussion, is a freelance percussionist with more than 30 years experience as an in-school presenter and clinician. A member of Ensemble Iberica, Cubanisms Band, and FlamenKCMO, John’s Modern dance accompaniment credits include for members of the Alvin Ailey American Dance Theater, Cleo Parker Robinson Dance, Urban Bush Women, Diavolo, David Parsons, Paul Taylor, and others. Mr. Currey specializes in Flamenco, popular, and Jazz/Latin Jazz styles on cajón, West African and Afro-Latin percussion, and more, with performance credits including with the Kansas City Symphony, American Ballet Theater, Czech National Orchestra, The Tyrone Clark Trio, nationally touring Broadway musicals, Slim Hanson and the Poor Choices, Kansas City Ballet Orchestra, and others, with performances travels throughout the US, Mexico, and Western Europe. Teaching credits include at the UMKC Conservatory, Graceland College, and Pittsburg State University.

Katie Garcia comes from a musical family, having earned her Bachelor in Music from Truman State University in 2012. Ms. Garcia performs in a variety of groups in the Kansas City-metro.

Emily Schaeffer is a Missouri native and graduated Truman State University with Bachelor’s degree in Percussion and Masters in Education. She has been a percussion director in Harrisonville, MO, has taught with groups in Missouri and Iowa, and has presented at the KC Public Schools Summer Institute. She has performed as a member of the Colts Drum and Bugle Corps and Gateway Indoor Percussion. Emily enjoys playing in the Kansas City Percussion Collective and various other performance opportunities.