Asani (third from right) and Isaac (second from right) in the finale of one of the many performances they took part in over the years.

The recent performance of “Alice in Wonderland” marks the ï¬nal show for two soloists, graduating seniors Isaac Robinson and Asani Pugh. These dancers have lit up the stage, made KCYA proud, and impacted the KCYA community much as it’s impacted each of them for almost 30 years combined!

Asani, age 17, began dancing at KCYA at the age of two and Isaac, age 18, began when he was just four years old. Anyone in the KCYA dance community will recognize these two amazing individuals. Both are extremely dedicated and hardworking. They both are uniquely creative, have major charisma, and a willingness to contribute and mentor others. But did you know that once upon a time, these two impressive young adults were actually and accurately referred to as “double trouble”? 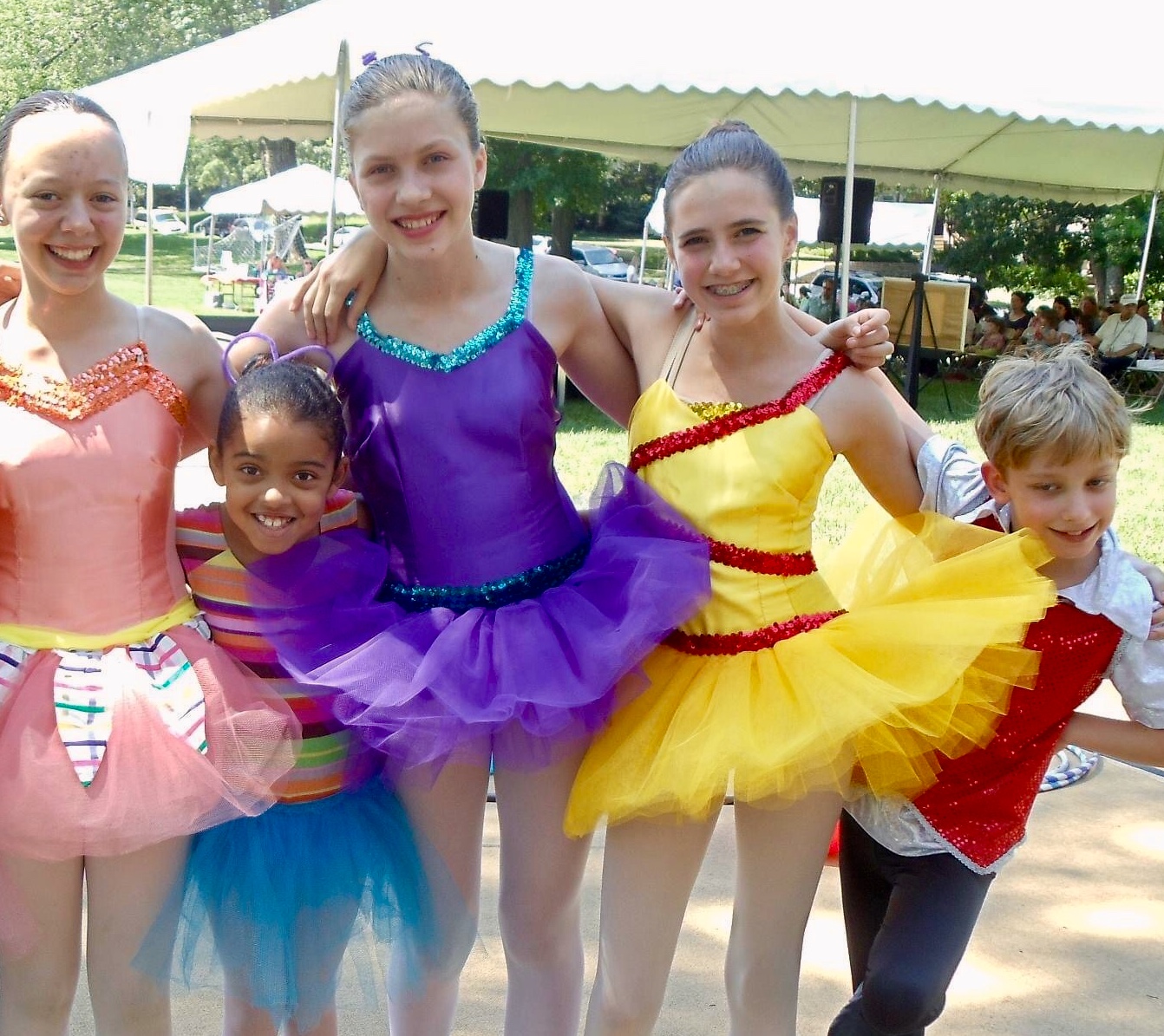 Asani: “I was always the kind of kid that was like, 'Hey! look what I can do! Watch me!' But I didn't really have a friend I could laugh and goof oï¬ with… Isaac became that friend.”

Lynisa (Isaac's Mom): “I would be watching class through the one-way mirror at St Teresa’s (former home of KCYA), watching them gooï¬ng oï¬ in the mirror, doing stuï¬ for each other…curiously wondering, ‘how long? how long until they're separated? 'Will it be 5 or 10 minutes until Kim decides it's time to separate them?”

That natural friendship between Asani and Isaac has endured both on and oï¬ the stage. It's no exaggeration to say they've grown up together and that a significant part of that occurred at KCYA.  Over the years they’ve remained creative dance partners as well as close friends. They practice learning pas de deux outside the classroom for fun. They've expanded one another's horizons with their diï¬erences in various ways.

For example, several years ago, with Isaac’s encouragement, and despite Asani’s reluctance, the duo performed a rap (“My Shot” from Hamilton) at Isaac’s church. In typical Asani fashion, she worked hard to overcome her hesitations (she does not consider herself a singer!) and when the day came, she courageously gave it her all. No surprise, they were a hit!

These two friends routinely enjoy bouncing ideas oï¬ each other and feel they bring diï¬erent valuable skills and perspective to the table. Asani sees Isaac as a truly creative force, someone with strong opinions and unique ideas. She is impressed with Isaac's ability to create dance moves that have not previously existed.

Isaac describes Asani as being a smart, energetic, and driven leader, a disciplined hard worker and of course, a trustworthy pal. He trusts her to really consider his ideas for choreography which sometimes stray from the usual ballet path (Asani calls them “dance moves without names”). Isaac says that Asani is often able to help give clear voice and reassurance to his ideas.

Their collaboration reveals that they compliment each other’s skill and style, not traveling too far away from classical Balanchine Ballet while simultaneously incorporating their own creative inï¬uences. Asani points out that they don’t hesitate to respectfully disagree with each other and are quickly able to negotiate a middle ground.  This teamwork is evident to anyone who’s seen them duet! The grace, skill, and artistic expression of the pair is mesmerizing. Their genuine engagement with the dance, the moment, and each other is truly a sight to behold. And to think it started with “double trouble”!

This spring, Isaac and Asani assumed leadership roles in the Alice in Wonderland production. They have been busy choreographing their dances, as well as inï¬uencing other aspects of the show like casting and costumes. They both appreciate how KCYA dance teachers Kim, Katie, and Bobbi have fostered their independence, valued their input, and respected their ideas in choreography. They feel KCYA has been integral in providing mentorship and developing them into mentors for the younger dancers.

Later this summer Asani will head off to the University of Colorado in Denver to begin her degree in elementary education. Asani credits her KCYA teaching artists (as well as her experience as classroom helper and eventually as a KCYA summer camp intern) as the inspiration for her career path. Isaac plans to attend community college in KC before heading east to study theatre, music, or writing. While he’s uncertain of the art form, he is committed to continue to pursuing his creativity.  As this ‘dynamic duo’ wraps up their days of dancing at KCYA, we are so grateful for the opportunities we had to watch each of them learn and grow. We know their futures are bright!

Congratulations to Miss Asani Pugh and Mr. Isaac Robinson, our graduating seniors.
It has been an honor to teach you, dance with you, and learn from you.
Thank you for allowing me to mentor and guide you as you navigated your
journey to adulthood. You will always hold a special place in my heart and
will always be part of our KCYA Dance Family.

Enjoy this retrospective of the dynamic duo! 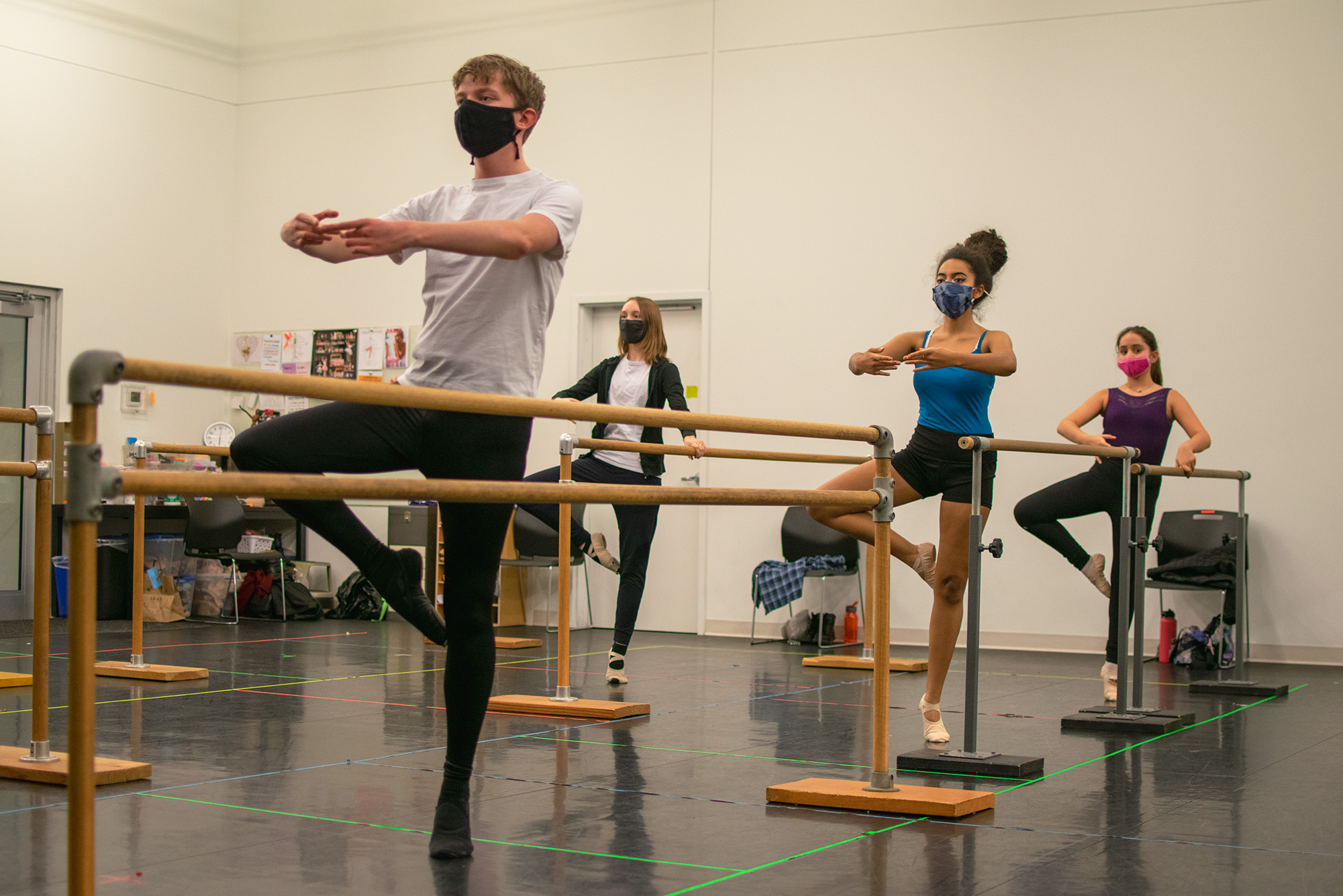